Single tiger path. The line thickness is speed and color is elevation. 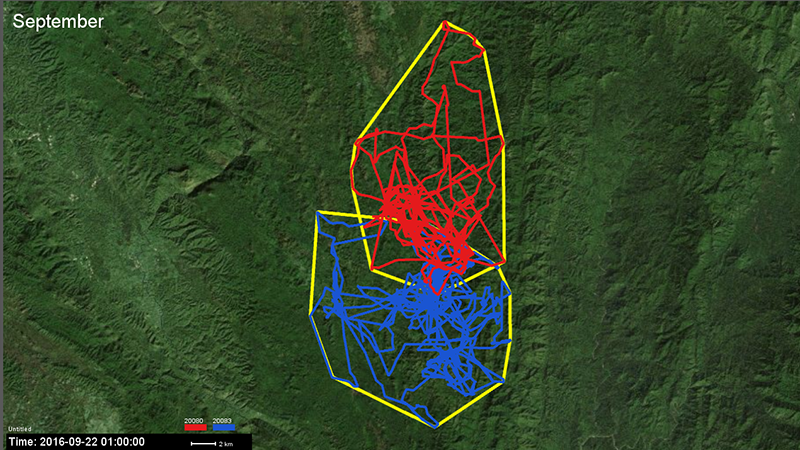 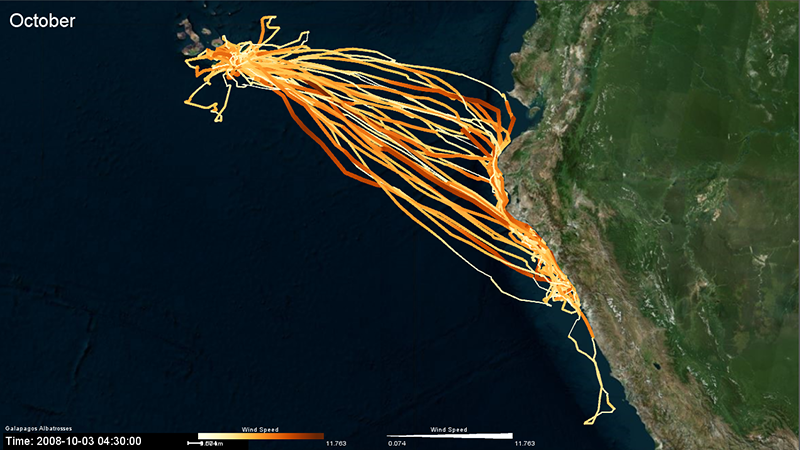 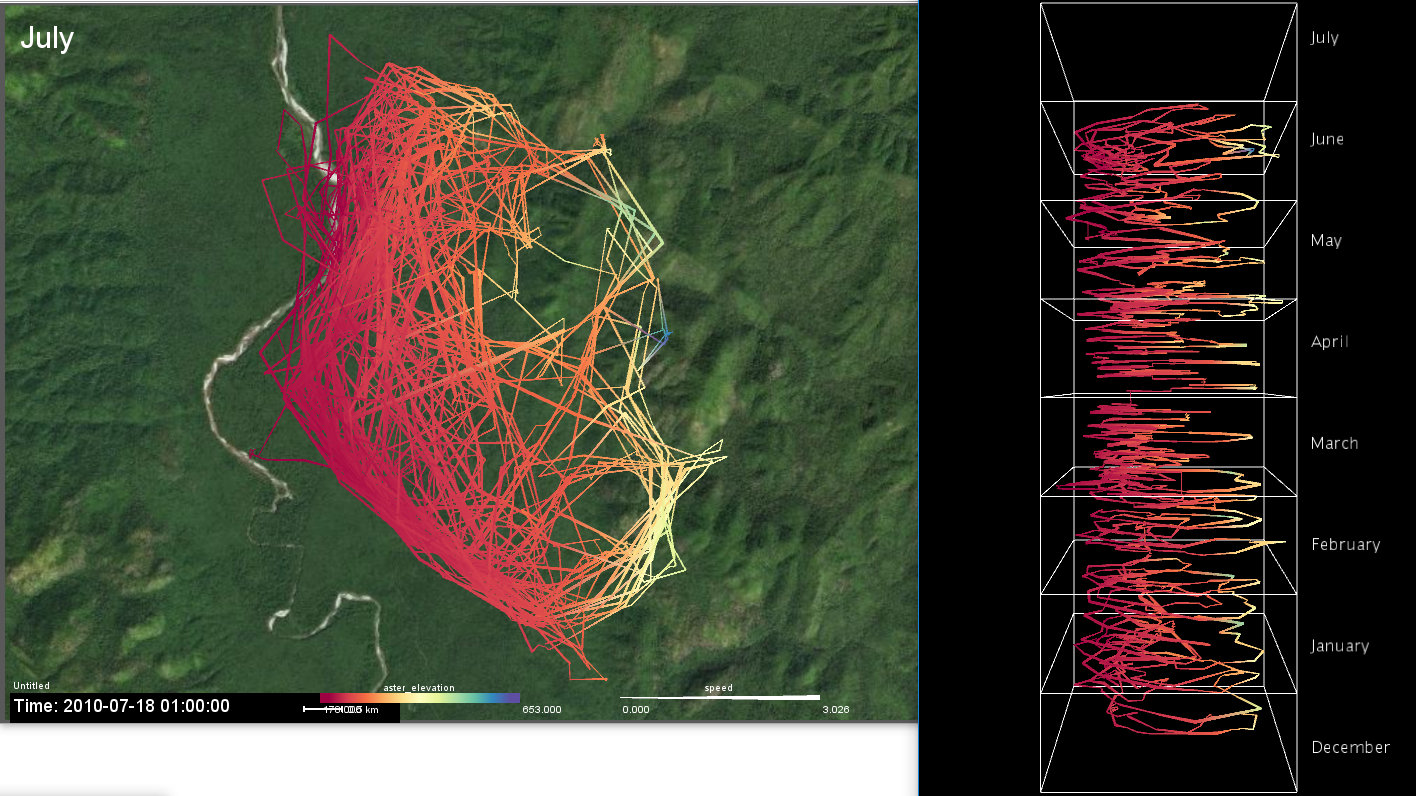 Single tiger path in 2D and 3D. Line color is elevation and line thickness is speed.


The same five albatrosses are shown in this video. This time, the line color and thickness are based on wind speed, but have been reduced so they only appear small and represent the path. The point color is based on the movement speed of the albatross and the point size represents wind speed. Potential patterns between movement and wind speed can by analyzed with this visualization.


The data being used in this video is from tracking a tiger in Thailand. The line color represents elevation while the thickness of the line represents the speed of the tiger. This video visualizes how elevation may affect the speed of a tiger.